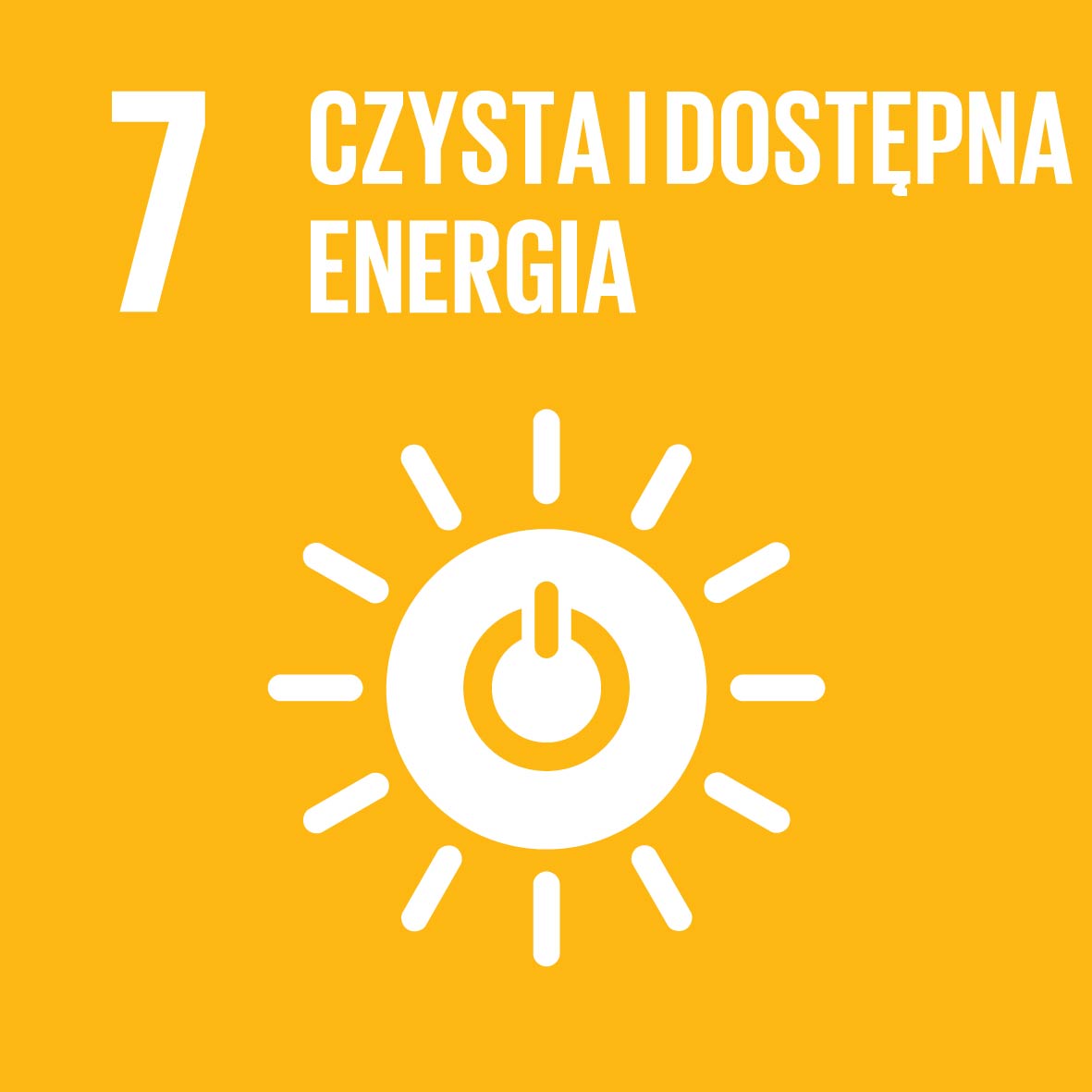 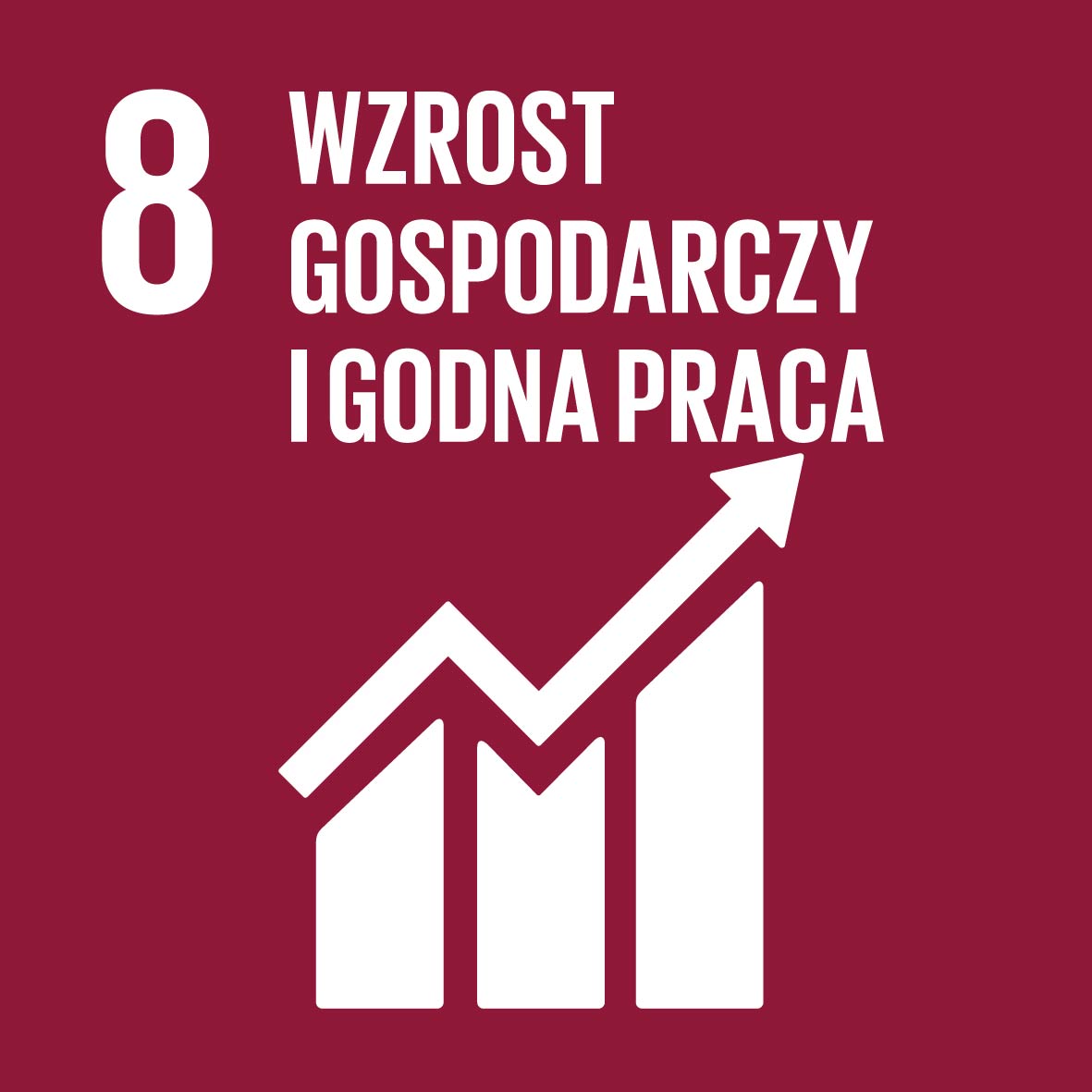 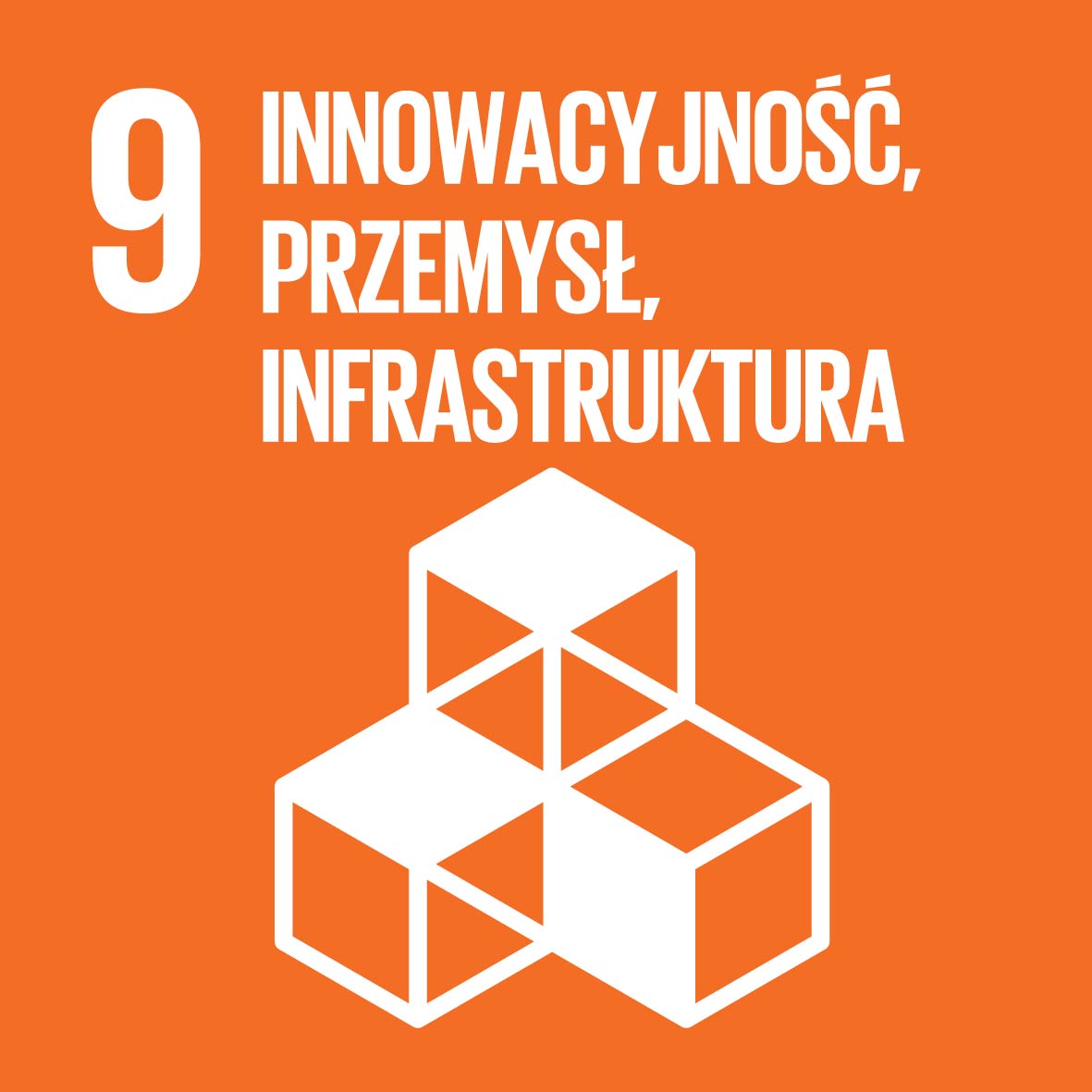 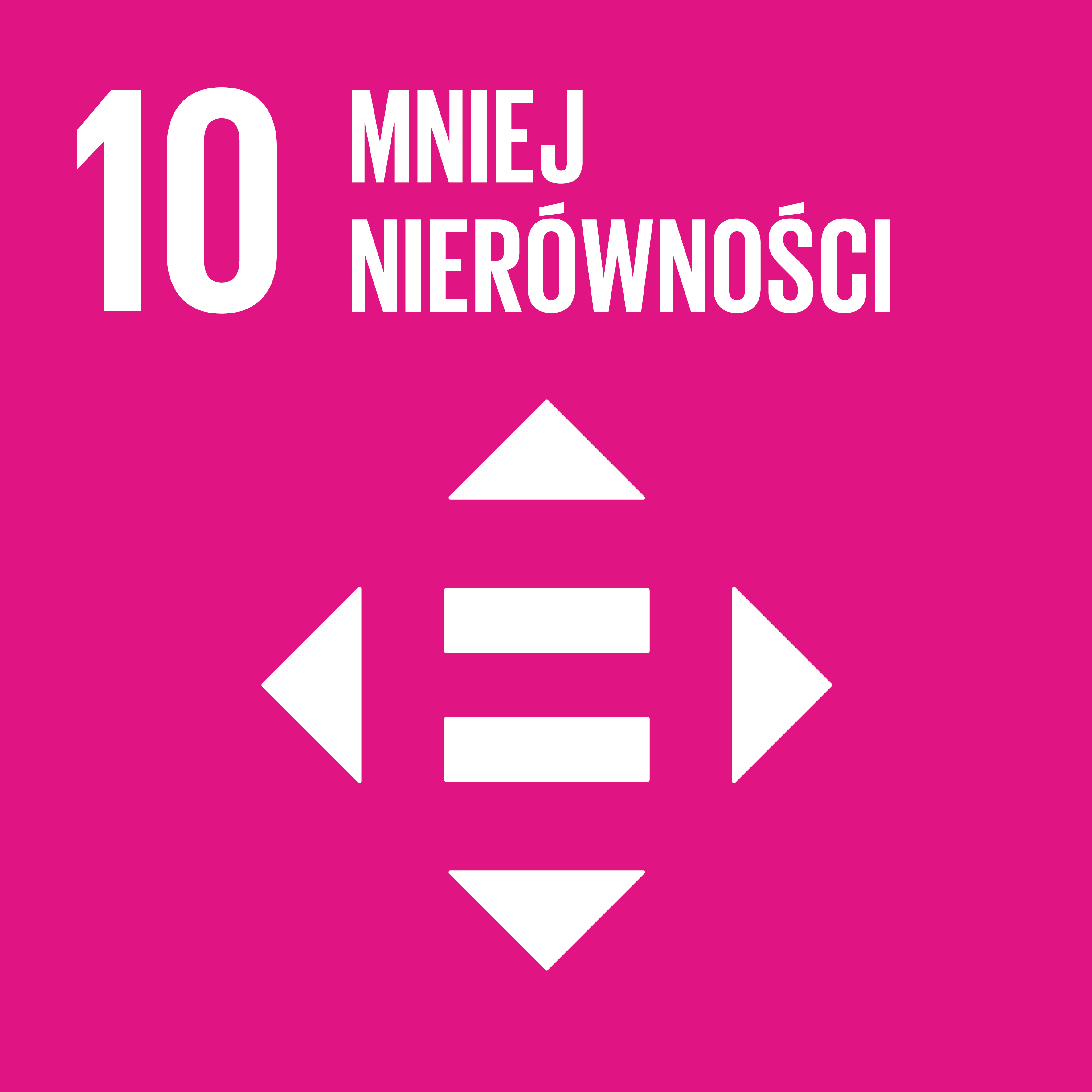 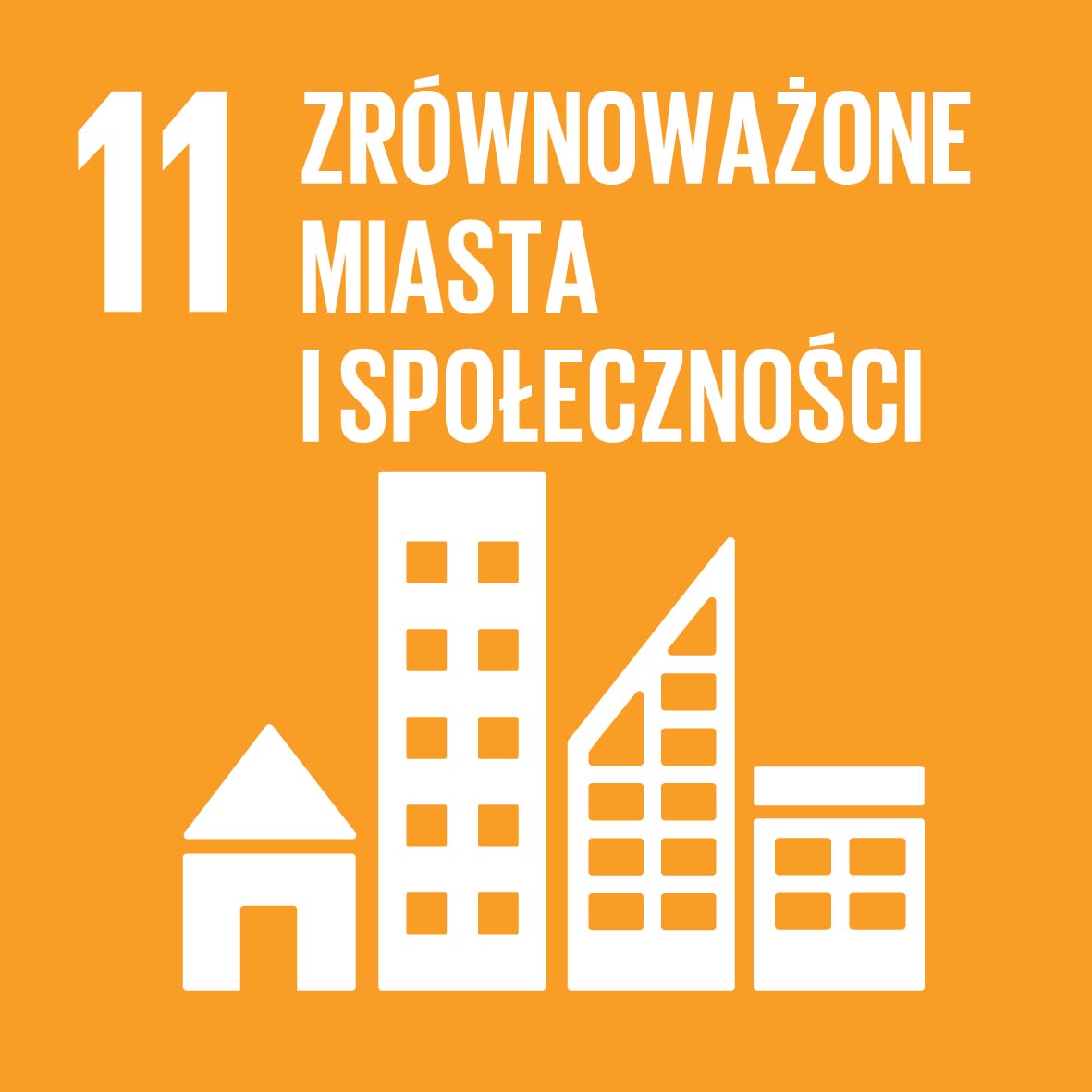 Increasing urbanization is a process long observed in all regions of the world. The urban population is growing much faster than the number of people in rural areas: since 2000, the urban population has expanded by 53%, whereas the rural population by 4%. At present, over half of all the people in the world live in urban areas, while in the 1950s it was one third of the global population. Northern America, Latin America, the Caribbean and Europe, major parts of whose populations live in cities, are the most urbanized regions in the world. The least urbanized regions, on the other hand, are Africa (43% of whose population live in cities) and Asia (50%).

Living in a city does not always guarantee good living conditions. It is estimated that over a billion people (almost a quarter of the global urban population) live in slums or informal settlements, and their number has increased by almost 200 million since the beginning of the millennium. This is mainly the problem of developing countries in Africa (and especially its sub-Saharan part, where 56% of the urban population are slum dwellers), Asia (30%), Oceania (23%) and Latin America (20%). One of the largest slums in the world is a part of Rio de Janeiro in Brazil. It is estimated that the favelas (districts of poverty) in that city are inhabited by about 1.5 million people, which is almost a quarter of all inhabitants of Rio de Janeiro.

The expansion of urban areas is done at the expense of the natural environment; among its several harmful effects, the process greatly contributes to air pollution. Urban areas are characterized by high levels of carcinogenic benzopyrene and particulate matter (PM10 and PM2.5) in the air. Since 2000, the average global level of PM2.5 has been almost 5 times the maximum level recommended by the WHO (10 μg/m3). The degree of air pollution varies among regions, depending on the level of their economic development, urbanization and industrialization. Asia has for years been the most polluted region in the world, especially its southern part (where the level of PM2.5 is currently 8 times the WHO-recommended level) and eastern part (5 times the recommended level). Africa is another region where air is polluted by particulate matter to a large degree, especially its Northern and sub-Saharan part. Moreover in Africa, in contrast to Asia, the level of air pollution has been gradually rising. The level of PM2.5 there is currently over 5 times the recommended one. Regions where PM pollution is the lowest (although still exceeding the WHO-recommended level) are Oceania, Europe and America.

Air pollution is also one of the largest problems faced by Polish cities. According to the WHO, 36 of the 100 most polluted cities in the EU are in Poland. Poland is also among those EU countries where PM levels are the highest. Even though PM air pollution has decreased in that country since the beginning of the decade (PM2.5 to 24.30 µg/m3 and PM10 to 33.20 µg/m3), it remains considerably over the level recommended by the WHO, and also above the EU average (13.80 µg/m3 and 21.60 µg/m3). As regards the average mid-year level of benzopyrene in the Polish air, it has also been much higher than in the majority of EU countries. While most of them keep the level of this pollutant below the maximum recommended by the EU (1 µg/m3), in Poland for many years it has fluctuated around 5 times the EU-recommended level (4.80 µg/m3 at present, and 5.77 µg/m3 in 2010). High levels of benzopyrene in the Polish air result from the widespread use of coal stoves and boilers Polish households. The so called ‘low’ emission caused by households constitute 87% of the total benzopyrene emissions in Poland.

Another source of air pollution is transportation, and more specifically, road transport. Over 70% of all transport-induced emissions of greenhouse gases come from cars, delivery cars, lorries and buses. Sea and air transport are the main sources of the remaining 30% of all transport-induced air pollution. Both in Poland and other EU countries, cars are the most popular means of transport, chosen by 79% of passengers (Poland) and 83% (EU), which in both cases is slightly more than in 2010. Over 20% of Polish passengers use buses and trains (compared to less than 17% in the EU). Compared to 2010, buses have become a less popular means of transport in Poland than they were at the beginning of the decade. Now buses are chosen by 13% of Polish passengers, while in 2010 they were used by 17%. Almost 8% of Poles presently use trains as a main means of transport, which is slightly more than in 2010 (7%). Similar trends might be observed in the EU.

Poland is in the group of EU countries motorised to the largest extent, but on average, cars in this country are older than in the EU. In Poland, there are 613 cars per 1,000 inhabitants, while the EU average is 513. The number of cars in Poland has grown by 164 items per 1,000 inhabitants since 2010, which is much more than the same figure for the EU (growth by 41 items per 1,000 inhabitants). Moreover, the vast majority of cars used in Poland are over 10 years old (presently 77% compared to 72% in 2010), while new cars, less than 2 years old, constitute only 6% of all vehicles in this country. In the EU, there are less than 50% of cars older than 10, and nearly 12% of cars less than 2 years old.

Excessive exposure to noise is a big problem in urban areas, and the WHO believes it to be nowadays one of the main environmental threats. Over 17% of inhabitants of Polish cities complain about the noise from neighbours or from the street, whereas in the case of towns and suburbs it is 14% (in both cases these figures are slightly lower than in 2010, when they stood at 21% and 16%, respectively). In rural areas, on the other hand, excessive noise is reported by 8% of dwellers. Exposure to noise in urban areas in Poland is lower than the EU average, where over 24% of the city population and 17% of people living in towns and suburbs complain about it.

Noise from neighbours or from the street by degree of urbanisation (%)

On the other hand, increasing amounts of municipal waste are presently recycled in Poland. The recycled waste indicator has grown in this country from 15% to 26% over the last decade. It is still less than the EU average, though, where 30% of municipal waste is recycled. One of the factors thanks to which it was possible to increase the scale of recycling in Poland was the introduction of waste management regulations, including those pertaining to waste segregation. Waste segregation presently applies to 4 million tons of waste collected annually, while at the beginning of the last decade it was only 1 million tons. Segregated waste accounts for 31% of all municipal waste collected presently in Poland (less than 9% in 2010); and in urban areas this percentage is slightly lower than in rural areas (30% and 34%, respectively). The structure of segregated waste has also changed since the beginning of the last decade, mostly due to the implementation of a law regulating segregation methods1. At the beginning of the decade, the types of waste segregated in largest amounts were: paper and cardboard, glass and synthetic materials. They accounted for 60% of all segregated waste, but since 2010, their share in its total amount has decreased to 33%. Now also less metal waste (0.4%) is segregated than at the beginning of the decade (2%). As regards materials segregated to a larger extent now than in 2010, these are: biodegradable waste (30% segregated presently compared to 21% in 2010), large-size waste (16% and 12%, respectively), and remaining types of waste (21% and 6%, respectively).

1 Since 1 July 2017, waste segregation has been regulated by the Unified Waste Segregation System, which determines the following categories of selected waste: paper, metals, synthetic materials, glass and biodegradable waste. Before the implementation of the above-mentioned regulation, gminas were able to determine selective waste categories on their own.